I've been a big fan of HPE server hardware for years.  I've been using them for as long as I have been in IT.  We switched to blades very early in their development.  It hasn't always been a fun ride, but not all server hardware is perfect through the years.  Most recently we had a mix of HPE blade servers.  Gen 8 and Gen 9 blades as our main VMware hosts in our data centers.  Then we purchased some DL160 Gen 9 servers as a very cheap vSAN 2-node ROBO solution for some of our remote locations.  They worked great.  All of these servers were built without disk for the OS, for the blades, there were no disks in them at all.  They all booted from SD Cards.  We knew with our redundancy, we could withstand a failure and rebuild quickly if necessary.

Then we started to see the ESXi errors on writing to hardware.  When we rebooted the hosts, they would fail to find the boot disk or SD card or it would look like a corrupted ESXi instance.  After messing with support for a while, we tried replacing the SD Cards, but they still wouldn't work.  Replacing the Motherboard did work.

Turns out there was an issue were the NAND memory on the ilo (which is where the SD card controller is located) would become corrupted.

We had only a few issues for a while but once we had a project to upgrade ESXi from 6.0 to 6.5 and upgrade firmware (BIOS requirement for Spectre\Meltdown) we started to see these issues en masse.  Almost every one of the hosts we tried to upgrade saw these issues.  It was a huge pain and slowed our migration down significantly.

HPE released many different advisories and ilo firmware in an attempt to fix the issue.

This is the latest version of that Advisory.

The Simple Procedure for blades:

For DL class servers, not blades.  You do not have the ability to reset the e-fuse in order to reset the ilo.  You have to use an AUX Power cycle command.  This is only available via HPE Restful utility.

See here for RESTful Command to Allow an Auxiliary Power-Cycle

For the most part this worked.  Sometimes, a simple power off and power on fixes some boot issues.

Recently, with ilo version 2.70, we've had a couple of failures where the SD-card actually fails.  I don't believe that the card is actually failed, but it seems that the NAND format fixes the ilo, but the ilo fails to recognize the SD card.  Switching Motherboard did not resolve it, but swapping SD-cards does.  But we had to rebuild the host.  I do not have a solution for this yet.  Maybe we'll figure something out.

Suffice to say, this was one main reason we did not re-buy HPE hardware.  There were others though, but this contributed to a couple of really stressful years of upgrades.

Posted by vGregBates at 6:43 PM 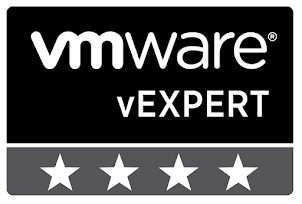